Here i will share my journey of hopefully one day recognising my dream of becoming published writing what i love to read; Romance!

You may have noticed i've changed i few things on my blog...i was having a bit of a play.
The writing is still going well, surprisingly well considering the slow snails in chapter 1. I seem to be able to get a few hundred words in every day rather than every other day so far, fingers crossed this can continue!!
The trick seems to be to just push through it and type the first thing that comes to me. If i'm staring at the screen wondering what the heck happens next? Or what will she/he do/say, then i just type and voila! there is goes! If i have to delete a little after i've gotten a bit of a flow later, then i do, but all in all it seems to work.
To tell the truth i haven't deleted that much. Just cut and pasted and kept it for later because it has tended to be stuff they will need later on ;)
Posted by Kerrin at Monday, March 29, 2010 6 comments:

Slow going, but i'm past chapter 1! 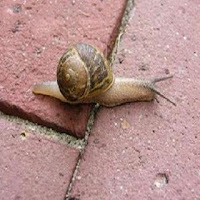 Yay, i've finally typed my characters through chapter 1! Phew that was hard going.
I really seem to struggle with getting that ground work laid out. I know what i want, have it all planned out in notes and in my head but when it comes to writing it, there go the snails....
Finally, though they are away. Though i know it will be painful when i go back to edit (won't do that until the end though!)
Hopefully it will be a bit faster from here, but i'm not holding my breath. It seems to be my way. Struggle through, but at least i get there!
Aim for a little bit at a time and at least the word count goes up steadily.
Thanks to everyone for all your encouragement, it really helps! :)
How is everyone else going?
Posted by Kerrin at Thursday, March 25, 2010 9 comments:

I think i hate first chapters

No really i do. Writing them is so hard.
I think i have started in the wrong place, yet again! Despite reading a tonne of Modern and Modern Heats and thereby first chapters, you'd think i'd have a pretty good idea of what should be in the first chapter.
Typing away this morning at 5am (i know!) it suddenly occurred to me that i have my hero and heroine apart for most of the first chapter and they don't meet until the very end. Well that is the plan. Now i think i have to get them together sooner, so cutting out a bit of the backstory - yes they have a past, very recent - and hopefully weaving it in a bit later.
I had this problem when i first wrote the first version of this story for the Harlequin comp in November. I had them on their holiday in Vanuatu where their affair started, and then realised that this was the backstory and not the beginning. It was perfect if i was writing a Single Title.
I love single title novels. Read them voraciously. Really want to publish one and Secrets and Lies is a Single Title novel. That is my ultimate goal, but while i work away at that story in the background i am working at the category niche.
Am i trying to do too much? Am i trying to do something that is just not me?
Why is this so frustrating?
Does anyone else have such difficulties?
If nothing else comes of this story, i will finish it. I am not one to leave something unfinished, it will bug me until my dying day! So this story and the other, oh i think half dozen category ideas will get written. I would really like for them to be read and published, but if not, at least i would write and finish them. If only i can get over the first chapter problem. Grrr!
Posted by Kerrin at Friday, March 19, 2010 10 comments: 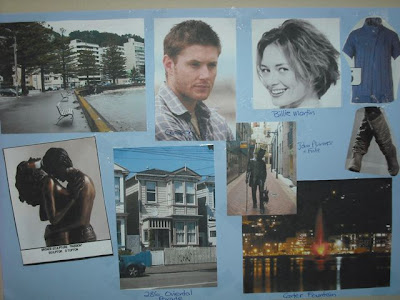 Here it is as promised. Billie Martin and Cooper Wilde, their life in pieces set out for you to see. Well the bare bones of the background and in bits and pieces of where things will happen that is :) (some of them!)
Set in Windy Wellington and having a starring role in Oriental Bay, these two will confront their conflicts and finally get their happily ever after!
I wrote only 200 words yesterday due to daughter being home sick with a cold, no writing as yet today, but hopefully will get some in tonight.
Posted by Kerrin at Tuesday, March 16, 2010 6 comments:

How much is too much? 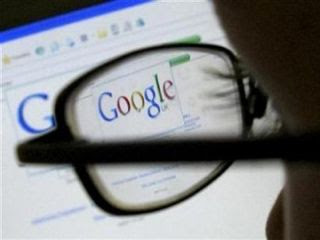 So instead of writing on thursday i did research for Ten Nights.
I researched mosaic designs in bathrooms as this is what Billie will be doing for Cooper when he hires her. He doesn't know it is her and vice versa until he opens the door.
I've done a mosaics course myself so i know how to do it, but i wanted a few ideas on ideas and a bit more of a background on the process. In particular the proper grout to use and sealant and the best tiles to use. And of course design ideas. Something sensual and stirs up memories...
Since i was googling i also took a look at a few other things.
How easy is it for you to get sidetracked with 'research' instead of word count? Do you find you are so easily distracted? Can you ever do too much research.
I also created a photo board/collage to work from, instead of opening up my photos application everytime i needed a refresher to describe something i decided it would be easier to have it all on one paper on the wall in front of me (i'll post a pic when i take one :)). Does anyone else do these?
Posted by Kerrin at Friday, March 12, 2010 5 comments:

Writing is a tricky business

So i've done my character interviews. Feel like i know my characters better and how they will handle/react to each other without having me force them to do something they dig their heels in for...
Then BAM! Lightbulb moment while driving this morning and i realised i had Cooper's Internal Conflict completely wrong, but at least i now know exactly what it is! Truly i do.
Now i have the problem with Billie. Her IC doesn't conflict enough with Cooper's, so there will not be enough tension in the story, as it stands at the moment, to continue to keep them apart plausibly. Except for the External Conflict. Urgh! 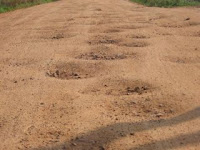 Now i feel i have to take another step back and work more on Billie's character before i can continue crafting their HEA. If she isn't right, then their story wouldn't be right either.
This is why many people WANT to write a novel, but only a few ever DO!
Writing is a tricky business. Hopefully i will get this soon, but not too quickly. I don't want to know it all and then become bored! This bumpy road is part of the excitement, right?!
Jackie Ashenden has written a couple of really great posts on creating a hero and heroine on her blog and i have re-read each so often i have them by heart! For an (as yet but not too long!) unpublished author her information is gold. Check it out if you are having trouble crafting your own hero and heroine.
Crafty beggars!
Posted by Kerrin at Friday, March 05, 2010 4 comments:

No it's not a writing one! But it's fun, and sometimes we need just a little something that is fun and makes us feel happy. 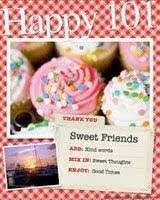 Thanks to Lacey Devlin for awarding the Happy Cupcake Award for being a blogger that makes her happy!
This is exciting!
Okay, i need to list ten things that make me happy:
1. Writing - not such a hard one to guess huh!
2. Reading - has to have at least a bit of romance, because everyone deserves a bit of it.
3. My two gorgeous kids. Yes even if they and i've had a rotten day and we've crumbled and yelled and thrown tantrums. They still tell me they love me when i tuck them in at night! 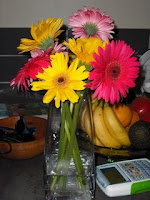 4. Gerberas and Daisies. They are so simple and beautiful. I bought myself a bunch when we moved into the new house. No one else was going to, so why not!
5. Warm apple pie. With vanilla ice cream. Actually even cold is good :)
6. Catch ups with friends over coffee and cake while and kids run around screaming and we ignore them to gossip - bliss!!
7. Baking. The smell, the taste, the satisfaction of having made something with my hands. And it's so homey and yum.
8. Crafts. I guess i'm creative. Cross stitch, patchwork, cards, scrap booking, mosaics. I'll give it all a go and i love it! The kids seem to have pick up the gene too...
9. This is getting hard. So many things make me happy by to pick my top ten is so hard!
My new Two mornings a week totally dedicated to writing! Both kids at kindy. Not going to do housework. Just going to write. Perfect! Tomorrow is the first full morning - watch the word count bar creep up :)
10. My husband. He truely is wonderful. Wouldn't have married him (or fallen in love with him) otherwise. Though you can't choose who you fall in love with, it certainly helps when they turn out to be so great!
There. Now i have to choose ten blogs that make me happy. Because i'll admit i do waste time by reading other blogs too! They are helpful to my writing and/or are just great to read. Some have already been nominated by other blogs, but others are new.
1. Francine's Romancing the Blog
2. Nic's Creative Chaos
3. Jackie Ashenden
4. Kaily Hart
5. Ju Dimello
6. Nicola Marsh
7. Waiting for the Call
8. Heidi Rice
9. Maisey Yates
10. Donna Alward

The official rules are:

1. Copy the award image into a post
2. List 10 things that make you happy
3. Tag 10 bloggers who brighten your day.
4. Link to their blogs.
5. Notify the award recipients.
6. Award recipients link back to sender’s blog
Posted by Kerrin at Wednesday, March 03, 2010 4 comments: 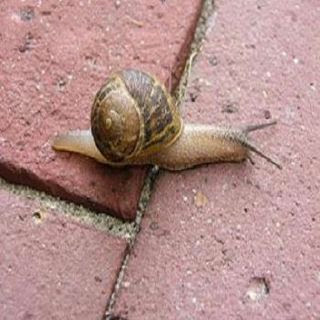 I've started! 356 words for Ten Night Only rewrite. Billie and Cooper and getting their real story written at last and you know, it feels so right!
At a snails pace i'll admit it, but i've started. And most of the writing today is in note form, but at least i know where i am going and this is mostly how i write anyway.
I write the notes then fill in the detail later. Plump it up with the juicy bits of description and dialogue and when it comes to me, as it comes to me and when i get stuck go back to note form.
That way i don't get writer's block and words keep going.
Of course when i go back to re-read it is a bit dis-jointed but that is part of the fun, discovering where it needs the colour!
How do you write?
Posted by Kerrin at Tuesday, March 02, 2010 6 comments:

Saying No to the Status Quo

Happy Ever After is for Fairytales - First draft

Kerrin
I'm a busy mother of two, an Early Childhood Educator, living in Hamilton New Zealand. I write intense, dramatic romance with Alpha Males and strong females. Watch this space for what i learn on my road to publication!